Once again, thank you so much for a wonderful evening. So many people commented to me about how great the band was and you truly have a gift for reading the crowd and keeping them dancing. I loved that there were still people dancing at the last song. That is exactly what I wanted – everyone to have fun.

You were wonderful! Thanks so much for the huge part you played in making our daughter’s wedding so much fun. We have had so many guests tell us that you were absolutely, hands down, the best group they had ever heard play at a wedding. Even the servers were saying that it was the most fun wedding they had ever worked!

Our daughter Emily loves music and the musical part of the ceremony and reception meant the world to her. We know she called and communicated her desires to you multiple times, and you listened and were patient and really followed through to make it all very special.

Your job isn’t easy (although it does look like too much fun!) – but we know how hard you all worked. Everyone gave 110% and it made the night fly by, kept the dance floor crowded, and made the crowd beg for one last song.

Thank you so much for being so good at your job and for sharing your talents with us. Thanks for letting Emily sing and rap and have, as she said “the best night of her life!”

“Just writing a quick note to tell you what a great time everyone had at my daughter’s wedding last week. Everybody young and old raved about the BAND.

The dance floor was filled all night. I have blisters on my feet because I was one of them. Some of the people I work with said they felt like they were watching a concert. When we met with you a few weeks before the wedding you said you have been doing this for 24 years and that as time went on the age gap between the bride and the band’s music grew bigger. And, that one of the challenges was being able to reach the young crowd. Well…I have to tell you the “young crowd” loved you guys. They were telling me all night that the band was awesome and it was the best wedding they have been too. Thanks to you and the band for giving us, our daughter/son-in-law, and all our guest a PARTY to remember!“

“I have traveled the country for years. When the opportunity arose to hear a band playing Motown or oldies but goodies, there I was. In all my travels, I thought I heard them all, until SHOUT! All of you should be very proud of your talents, individually and as a group! You are the best of the best. Every opportunity I can get, I come to hear you. Once Vegas hears you, I fear that Vegas will snatch you up in a heartbeat. If so, you deserve it! On the other hand, SHOUT will surely be missed by their fans here.”

“You guys were awesome. You performed for the Rock Hall staff party. Amazing. I thought when the mics went out and you improved…. that was amazing. I know a lot of performers who would have just stopped. Once you started the music just kept getting better. Im trying to get some of us to come out and see you guys perform again soon. Much love…. ” Jen. 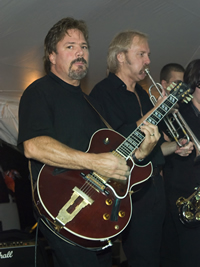 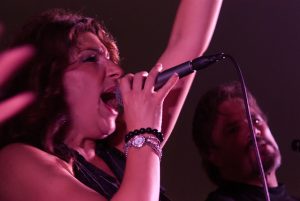 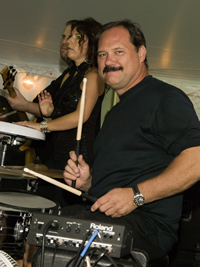